On the eve of a big snowstorm (we’re expecting 16″-20″ of snow tomorrow!) we finally got around to blogging about our fun time at the Nansen Ski Club’s Warming Hut Grand Opening.

The Nansen Ski Club is America’s oldest ski club.  Yup, you heard that right.  The oldest and longest running ski club is in northern New Hampshire.  Originally based out of Berlin, NH, the clubs’ ski trails moved a few years ago to Milan Hill State Park in Milan, NH.  The State Park has yurt camping in the summer and some short hiking loops to the top of the hill.  We wrote a blog about skiing here 5 years ago: Ski Loops on the Hill.

“Cheese” in the warming hut.

Last month, the nearly completed Warming Hut had its’ grand opening and we all attended the affair.  Andrew works for NH State Parks and was integral in getting the warming hut completed.  The gathering of all the partners and friends was a great moment on this winter afternoon. 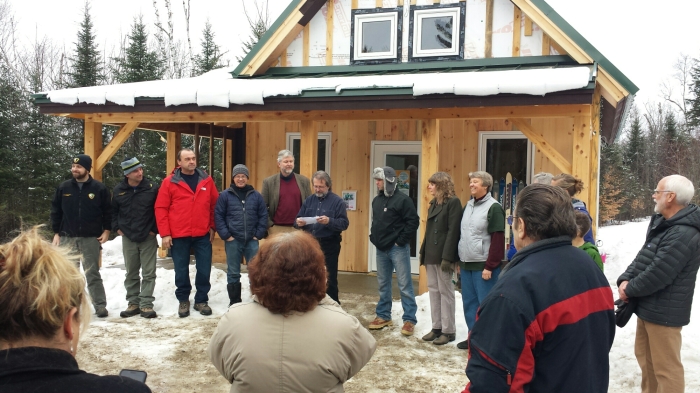 Grand opening of the warming hut.  Andrew is second from the left.

After the official ceremony we headed up the trails to the fire tower to check out the view.  Andrew on skis, Lindsay on snowshoes, and Alden in the sled.  We made a snowman at the summit next to some other friends that were doing the same and Alden insisted on climbing to the top of the fire tower not once, not twice, but three times.

Heading out on the trails. 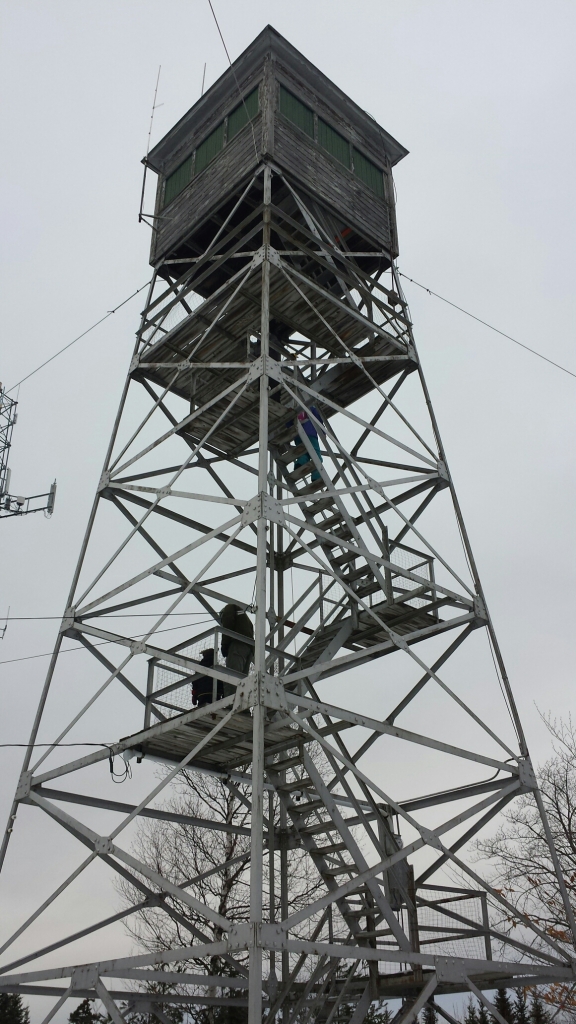 Alden and Andrew head up the fire tower.

Checking out the view from the top of the fire tower.

Back down at the warming hut we took advantage of the wood stove heat and hot chocolate.  Alden made a new friend and the two were goofy kids eating goldfish, sipping hot chocolate, and flopping around on the cozy couch. 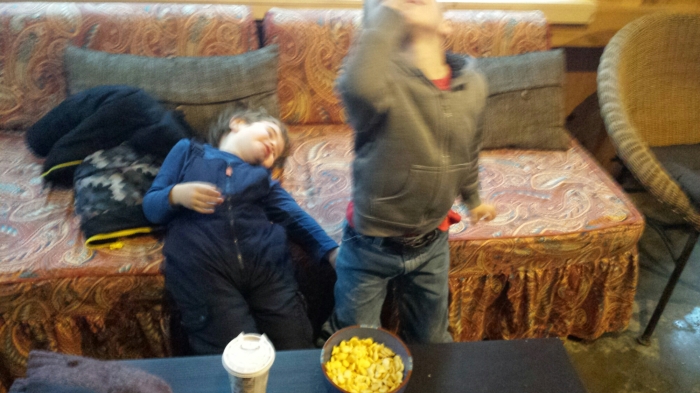 Boys do not sit still!

Even though it was only 5 o’clock when we left, Alden fell asleep and hardly woke up when we got home 40 minutes later.  Nothing like a day with fresh air, snow, and hot chocolate to knock a 3 year old out!